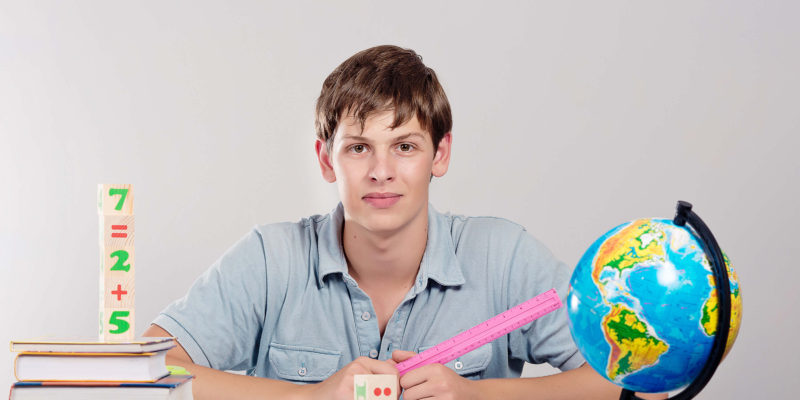 Dalil is a Year 10 pupil from Ward End in Birmingham. He began private tuition with Genie at the beginning of the year, and his mum, Shamim, has seen considerable improvement in both his grades and his attitude towards his studies.

Dalil is a bright boy, but he wasn’t pushing himself and he’d been getting grades that were pretty mediocre. By the time he started his GCSE year, I was getting really quite concerned and wondered if some extra tuition might help. I have a busy job (Shamim is a Biomedical Scientist at Birmingham Heartlands Hospital) and didn’t have time help him myself, so I started looking round for a private tutor.

I met a couple of tutors that were recommended by the school. Sharon at Genie was one of them and I liked her immediately – she came over and we had a long chat about Dalil, how he was doing and what we felt he needed to achieve. I had assumed that one-to-one tutoring would be more effective than group tuition, but Sharon told me this wasn’t the case. She explained that research has proved that in a group, children get ideas from each other and it stimulates them more – there’s also an element of competition and that makes them try harder.

When I asked Dalil how he felt, he was enthusiastic about the idea of learning in a group, so we enrolled him in English tuition just after the new year. After a few weeks, we decided that he could do with some help in Science too so he goes twice a week now and really enjoys it. It was only when I went to the next parents’ evening that I realised how much difference the extra tuition had made. Every one of his teachers said they’d seen a big change in his attitude; he was more motivated, he was pulling his weight in class and achieving more.

They didn’t know how or why but they all agreed that there’d been a change in him. Dalil recently sat his mock GCSEs and although he’d been predicted D grades for Chemistry, Biology and Physics, he turned round a B in Physics, an A in Biology and an A* in Chemistry! We couldn’t believe it! We’re still waiting for his English to catch up but I’m sure that it will.” I’m confident that he’ll do well in his exams now. He’s happier at school, more motivated than he ever was and he’s actually enjoying his studies!